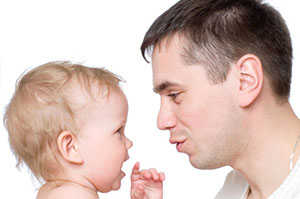 WHAT DOES “PATERNITY” MEAN?

“Paternity” means fatherhood. In the legal sense, “establishing paternity” refers to the determination of a child’s “legal” father and the related rights and obligations of the father to the child. Every child has a biological father, but not every child has a “legal” father. When “paternity has been established” it means that someone has been named the legal father of a child.

Paternity is automatically established if the parents are married to each other when the child is born. The husband is the legal father and his name will be on the child’s birth certificate.

HOW DO YOU ESTABLISH PATERNITY IN PENNSYLVANIA?

In Pennsylvania, paternity can be established either “voluntarily” or “involuntarily” up until the child turns 18 years old.

Involuntary establishment of paternity is done through a court proceeding where the court issues an “order of paternity.” This method is called “involuntary” because someone disputes paternity, which is why it becomes a court issue. If the mother or father is seeking to establish paternity, they must file a “Petition to Determine Paternity” at the Family Court in order to begin the court process. A mother can also begin the process by filing a “Complaint for Child Support” at the Family Court.

If either the mother or the father denies paternity, the court may order genetic or DNA testing of the child and father. If the court determines that the father is in fact the biological father, the court will issue an order of paternity, making the father the legal father, and his name will be added to the child’s birth certificate.

WHY SHOULD EITHER PARENT ESTABLISH PATERNITY?

Establishing paternity means more than just having a father named on the child’s birth certificate. There are certain rights for both the father and the child that come with a determination of paternity.

WHAT ISSUES ARE RELATED TO A PATERNITY CASE?

We are here to help you.

Although our physical offices are closed by Proclamation by Governor Wolf and the COVID 19 crisis, all of us are working remotely to continue to provide to you the excellent service you deserve. The Courts have extended their closure until May 31. However, we specialize in alternate dispute resolution, and we will help you to resolve your issues and/or disputes without having to resort to the Court. This can usually be done very expeditiously and cost effectively. Please contact us by email at zzg402@gmail.com and we will contact you directly. Please let us know how we can help meet your needs.