Marital property is divided based on the rules of equitable distribution. 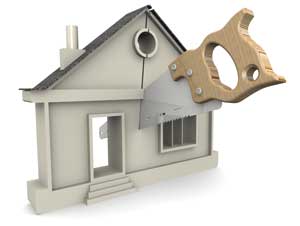 In a Pennsylvania divorce, marital property is divided based on the rules of equitable distribution. This means property is divided “fairly”, but not necessarily equally. “Equitable distribution” refers to the process of dividing marital assets and debts. If spouses can’t agree on how to divide their property, they may end up in court, where a judge will decide for them. The collaborative or mediation processes allow you to be in control of your property, rather than a Judge. Attorney Zanita A. Zacks-Gabriel is highly skilled in all matters of division of property and welcomes the opportunity to discuss how she can help you protect your assets.

Generally, Pennsylvania law allows separate (or “non-marital”) property to escape the equitable distribution process. However, it’s important to remember if separate property increases in value during the marriage, the increase in the value may be considered a marital asset. Or, if spouses use non-marital funds (eg., one spouse’s pre-marriage savings) for a common purpose, such as purchasing a home during the marriage, those separate property funds used for the down payment may become marital property.

Property disputes are very common in divorce, but they often present complex legal issues and may require financial tracings: matters that are best left to legal professionals. If your divorce involves a dispute regarding the character of substantial property, contact attorney Zanita A. Zacks-Gabriel who can advise you of your rights.

Assets and income acquired during the marriage are presumed to be marital property. Some common examples include a home, business, retirement accounts, investments, furniture, art, and cars purchased or established during the marriage. And, title (the name under which property is owned) doesn’t necessarily determine character. So, even if property, such as a car, was placed in only one spouse’s name, it will generally be considered part of the marital estate if it was purchased during the marriage.

Some assets may have both a marital and separate component (eg., a retirement account that was established before the marriage, but which continued to grow during marriage). In that case, the separate value of the asset should be excluded from the equitable distribution process.

In addition to property, couples also need to divide debts. A debt is considered “marital” if it was incurred after the date of marriage and before the date of final separation. Marital debts include items such as mortgages, loans, credit card balances, and tax obligations. A debt may be considered marital even if it was incurred by only one of the spouses during the marriage. If, for example, one spouse runs up a big credit card bill for clothes or other items during the marriage, both spouses will be liable for the payments.

As stated above, equitable distribution is the process of dividing marital assets and debts. Because Pennsylvania is an equitable distribution state and not a community property state, its courts divide marital property based upon principles of equity, or in other words, what a judge thinks is fair. This does not necessarily mean that property will be divided equally.

When making such decisions, courts may consider a variety of factors and can give them whatever weight they see fit.

Some of the factors that the court considers inequitable distribution include:

When making decisions about property, Pennsylvania courts do not consider either spouse’s “fault” in causing the divorce.

Although divorce may be emotional, most cases don’t end up in trial. Spouses are usually able to negotiate and settle the issues in their divorce, especially in a collaborative or mediation process.

It may not be possible to predict how a judge would decide the issues in your case, but Zanita A. Zacks-Gabriel can advise you of the possible results. Armed with that knowledge, couples often prefer to reach their own agreements rather than endure the stress and expense of a trial.

The terms of a divorce agreement should be memorialized in a “marital settlement agreement” (“MSA”), which is a written contract between spouses that resolves most or all of the issues in their divorce, such as alimony, child custody, child support, and the division of property and debts. The provisions of an MSA will become part of a court’s final judgment of divorce.

If you’re going through a divorce and plan to negotiate with your spouse, Zanita can help you draft or review an MSA, and ensure that your rights are fully protected.

We are here to help you.

Although our physical offices are closed by Proclamation by Governor Wolf and the COVID 19 crisis, all of us are working remotely to continue to provide to you the excellent service you deserve. The Courts have extended their closure until May 31. However, we specialize in alternate dispute resolution, and we will help you to resolve your issues and/or disputes without having to resort to the Court. This can usually be done very expeditiously and cost effectively. Please contact us by email at zzg402@gmail.com and we will contact you directly. Please let us know how we can help meet your needs.